Originally initiated as a group project in cooperation with Sandia National Labs to develop new applications for their "solar glitter" technology. As I felt the final version of the group work was not sufficient I continued the project on my own.

The balloons are essentially large floating (or flying) solar panels. The key feature of Solar Glitter is that it is made up of very tiny (about a millimeter in diameter) individual solar cells. The cells can be arranged on a sheet of flexible substrate and can generate enough energy to perhaps charge a cell phone at a normal speed.

It should be noted that the facts which I am presenting about the Solar Glitter are the facts presented to us in the project brief.

Sandia Labs was interested in exploring what possibilities might exist for applying this fantastic technology in the real world and as New Mexico does not have a design school, they approached the architecture school at the University of New Mexico.

My group landed on an idea for transporting solar energy so that if your phone was dying help would seemingly come from the sky itself. To realize this idea, I designed a hydrogen filled Spectra sailcloth balloon.

The envelope of the balloon is built from four layers of transparent or semitransparent Spectra. Built into the layers for extra strength and durability are strips of carbon fiber (black) and mylar (white). A silicon substrate containing the Solar Glitter would be sewn onto the top of the balloon envelope. Using sewing as the primary mode of connection allowed for repairs to be easily made giving a longer usable life to the balloon.

Inside the envelope of the balloon is another balloon made of mylar that fills with hydrogen to keep the balloon afloat. Keeping the hydrogen balloon separate from the envelope also helps with durability and means that if the outer shell were punctured the balloon could still operate.

Sewn along each bottom lateral side of the balloon is a stiff carbon fiber payload containing a power pack or battery, tethering points to secure it in place as needed, a fan system for movement together with vents, and LED lights at the top of the payload (inside the balloon envelope) to identify the balloon at night.

The use of hydrogen was chosen because it can be produced anywhere very cheaply. Also its combustion while explosive and potentially dangerous produces only water. The separation of the hydrogen balloon and the Spectra envelope also help protect the hydrogen from errant sparks.

The wires from the silicon substrate to the power banks are sewn between the layers of Spectra to protect them.

Overall the construction the Solar Balloon would be very cheap and durable making it suitable for urban settings as well as rural settings. It could also be very useful in temporary living situations such as migrant or refugee camps, natural disaster relief, or camping.

The design up to this point was completed in four weeks. That being said, continuing the design would be a great deal of fun, especially if I had the opportunity to work with a small team of experts (such as an engineer). 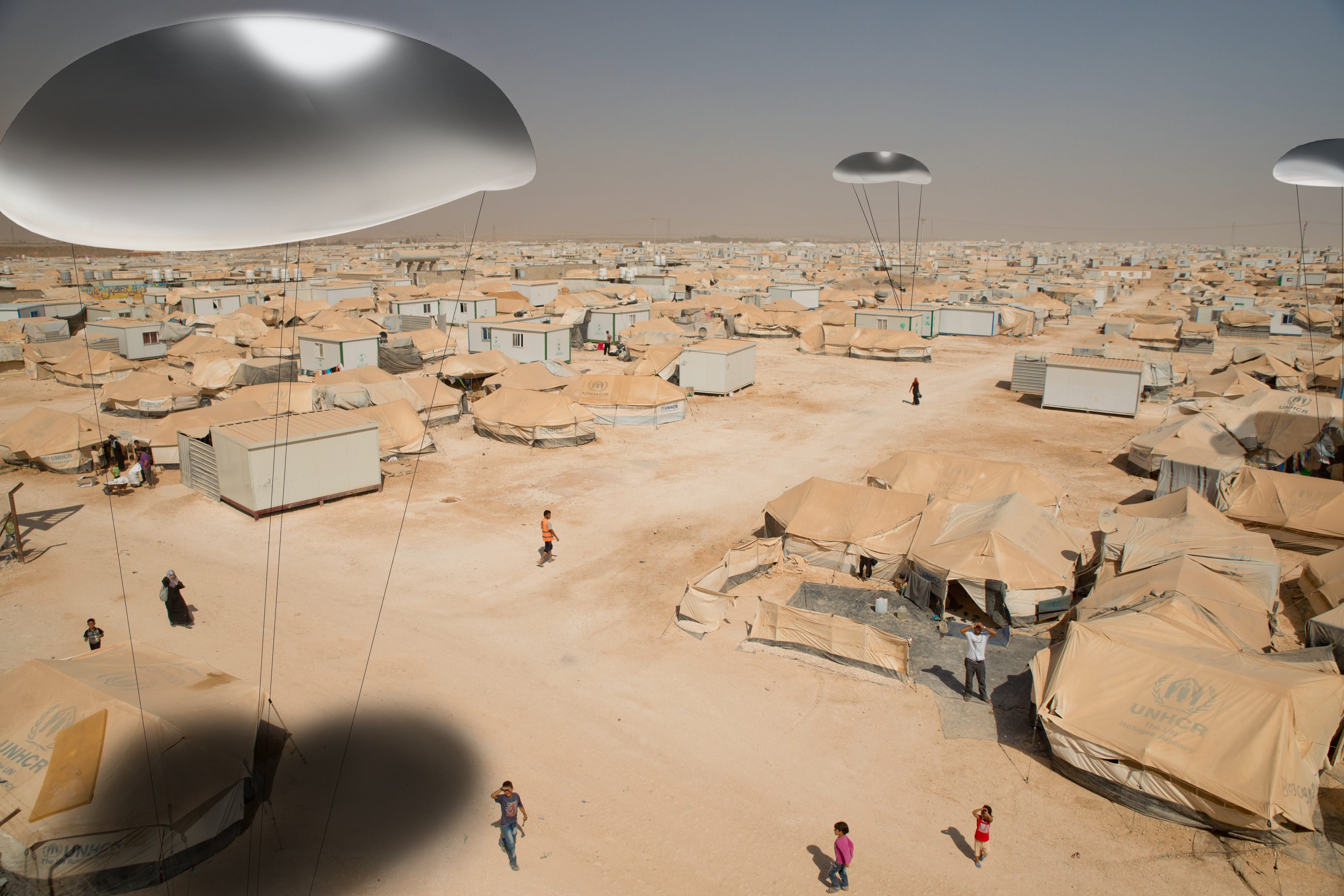 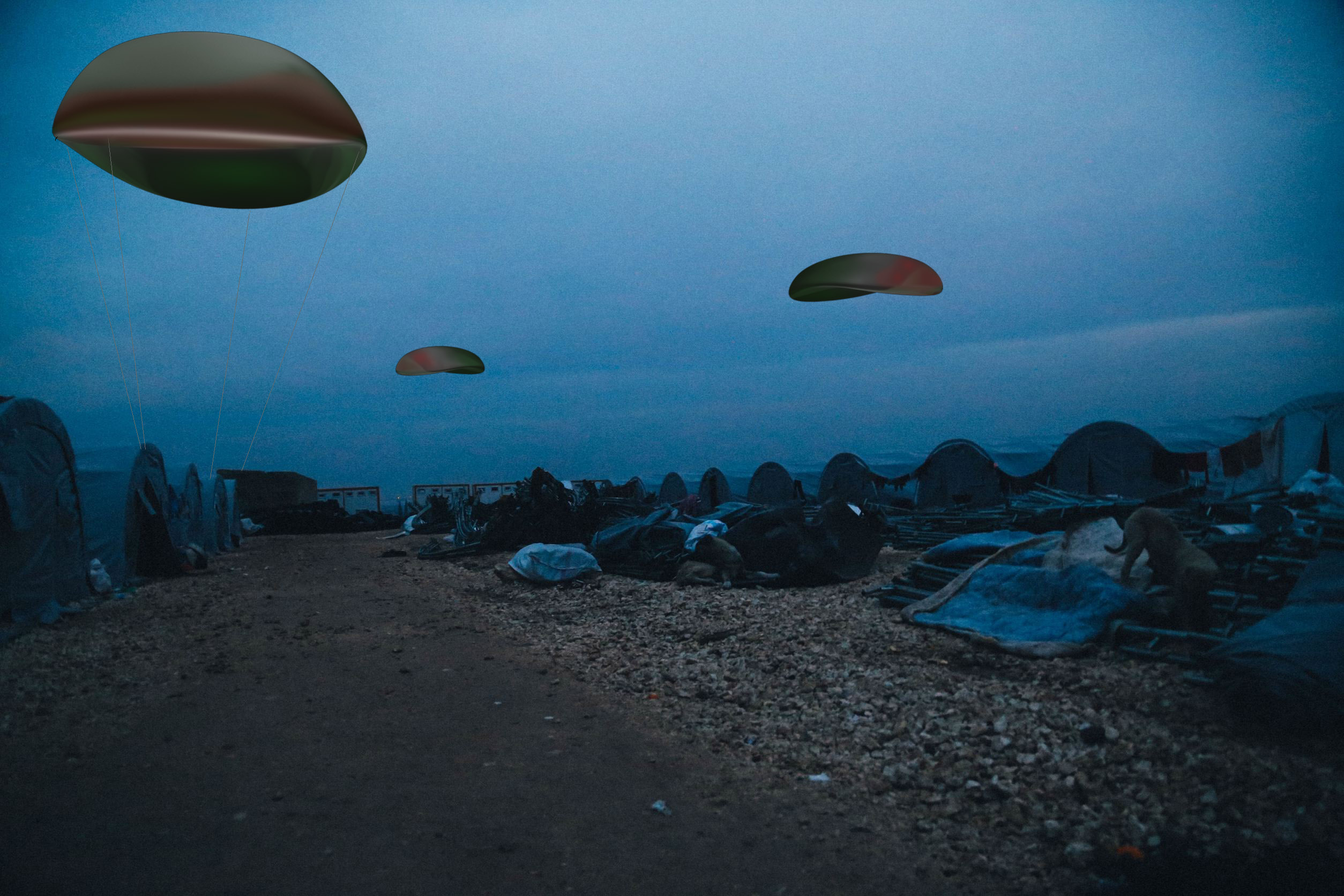 A 3D representation of the scale of the balloons in free float. 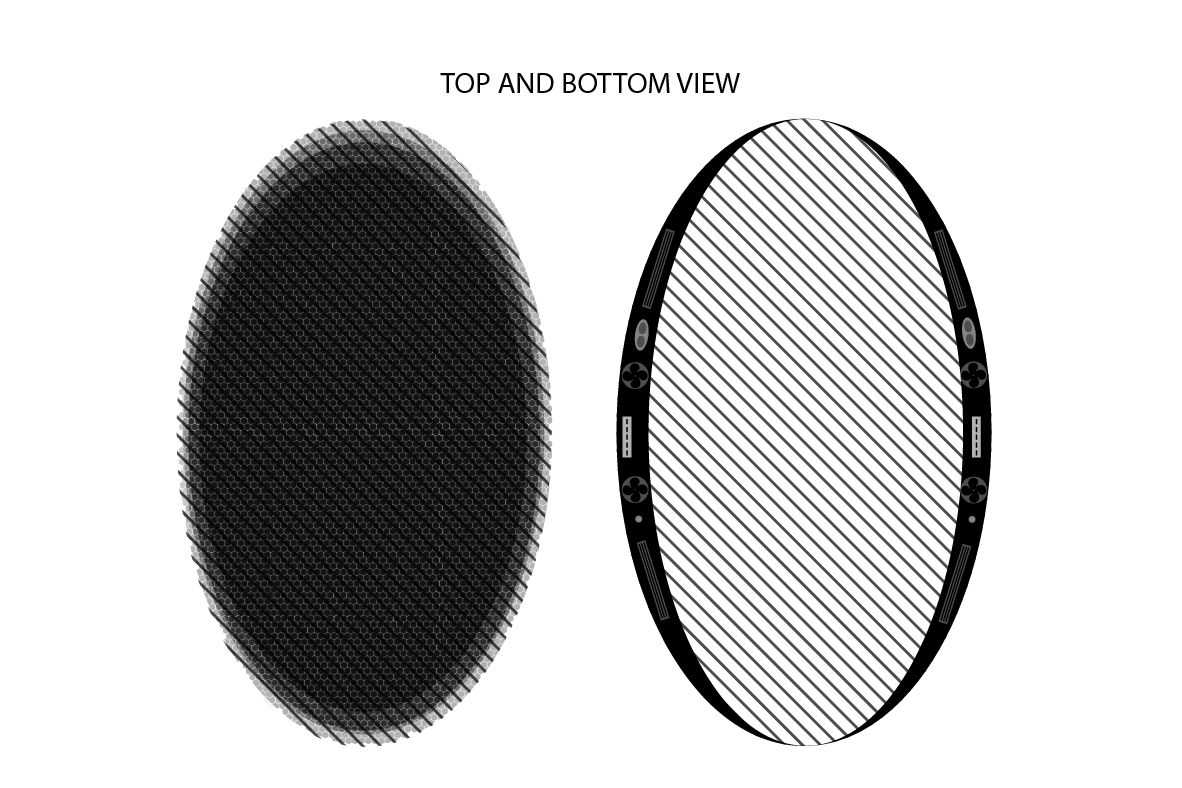 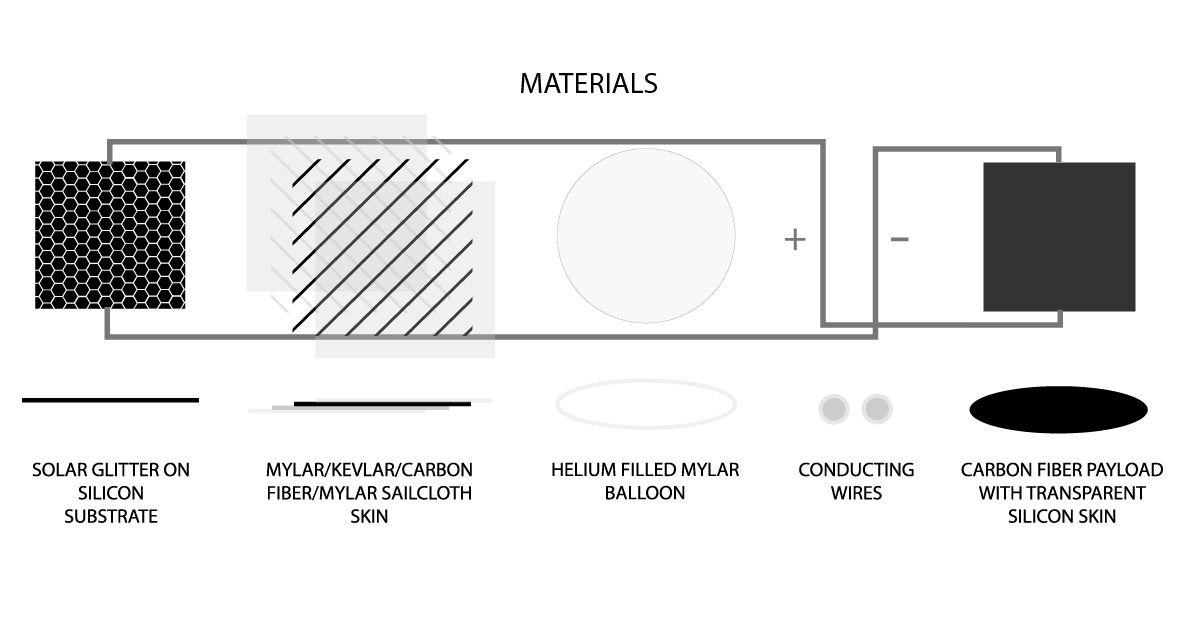 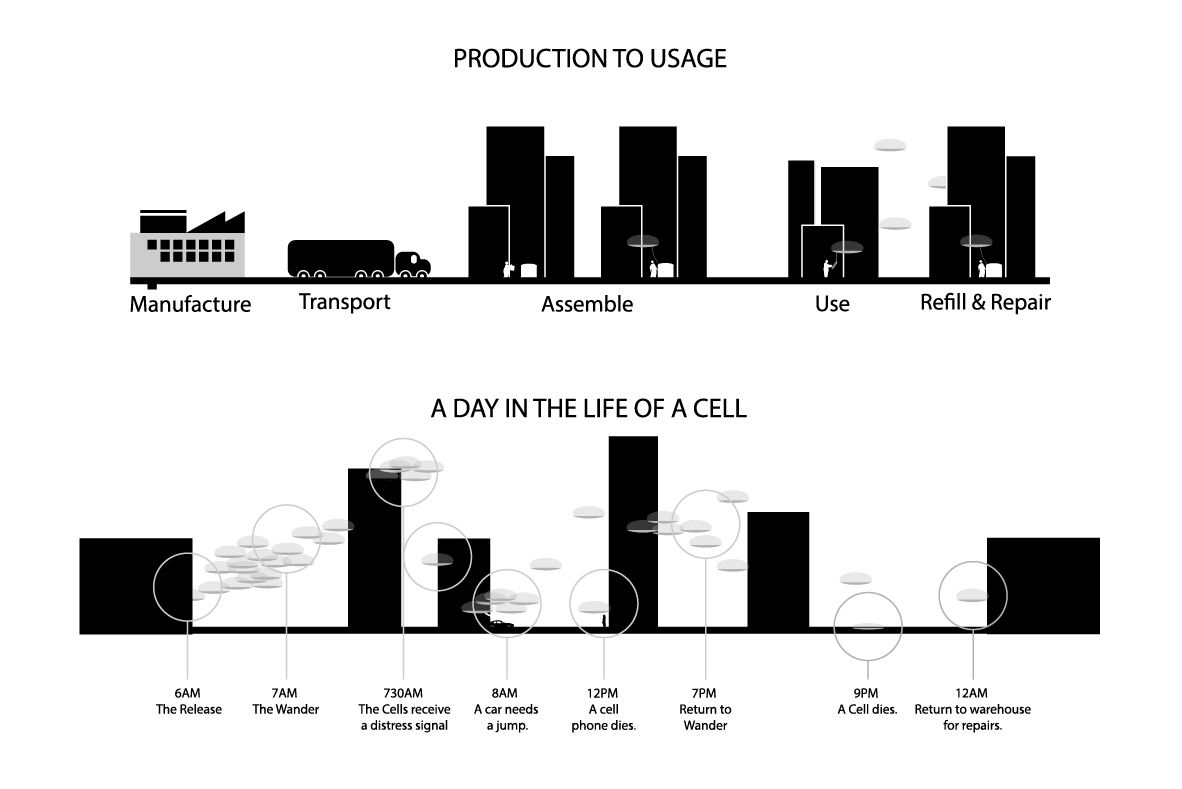