clock (noun)
a mechanical or electrical device for measuring time, indicating hours, minutes, and sometimes seconds by hands on a round dial or by displayed figures.

This project began as an investigation into the origin of the second. Considering that it is very hard for human beings to accurately measure a second without the use of a measurement tool such as a clock or metronome. I was inspired by a story that Richard Feynman shared in his book What Do You Care What People Think where he described trying to count to 60 seconds while performing different tasks. He found that by the time he counted to 60 it had actually only been 48 seconds.

My research began with a question,
"If we can't measure a second, why do we bother putting it on our clocks?"

I traced its origins from the ancient Egyptians to the Industrial Revolution and the mechanisation of time itself. The math behind why time is divided into 60 seconds comes directly from the Babalonians and their use of the sexigesimal system of counting.

I found that the only places where the duration of a second is important is in physics and in a crisis. Combining the old form of counting time (sexigesimals seconds and hours) and the new form (hypersensitive clocks marking its relativity) in an approachable and interactive way became the goal of this project.

This clock puts Einstein's General Relativity in the hands of the user. Specifically it demonstrates the time difference between two different altitudes (read: distances from the center of the Earth) in seconds.
The top number corresponds to the higher altitude, the middle number shows the difference in parts of a second between the length of a second at the two altitudes, and the bottom number is set to sea level.

On the back of the clock are two knobs. One to adjust the altitude ranging from sea level to the Moon (average distance) and one to adjust how long a person has been at that altitude (1 second - 60 years).

There is also a switch so that the user can choose between the dynamic mode, or leave the clock set at a specific altitude such as the altitude of the mountain on which a brother or grandmother might live.

Feynman's Clock is accompanied by a zine that acts as an Operator's Manual complete with the equation I used for the calculations. When unfolded the zine becomes a poster showing the lengths of a second depending on altitude.

This project was completed with Arduino coding help from Niek van Sleeuwen. 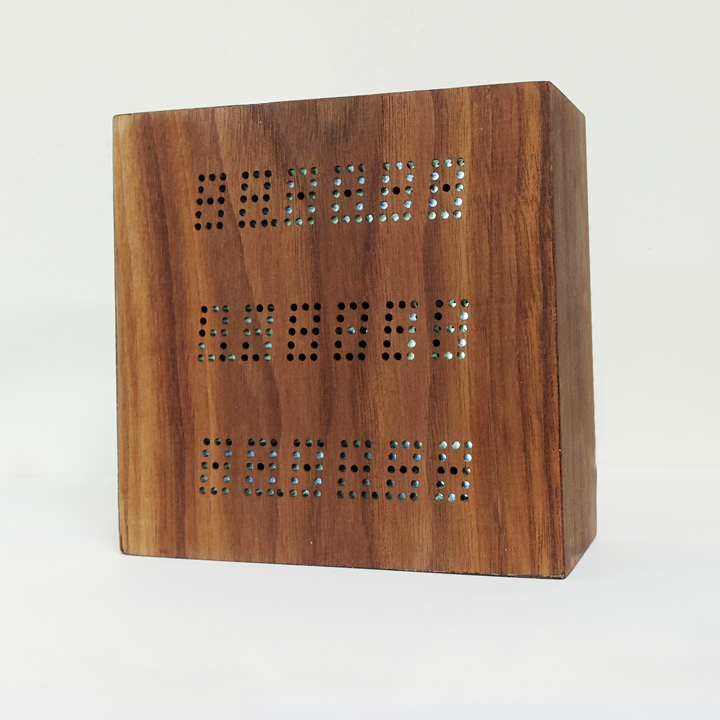 The front of Feynman's Clock. A series of CNC milled holes allow the light of the LCD digits to shine through. The time displayed at the top can be adjusted using the knobs on the back.

This screen printed booklet accompanied Feynman's Clock as an operation manual and poster. It also includes the equation on the final page so that anyone could calculate their own time differentials in long hand. My peers were not into this but I'm sure someone out there might find it fun. 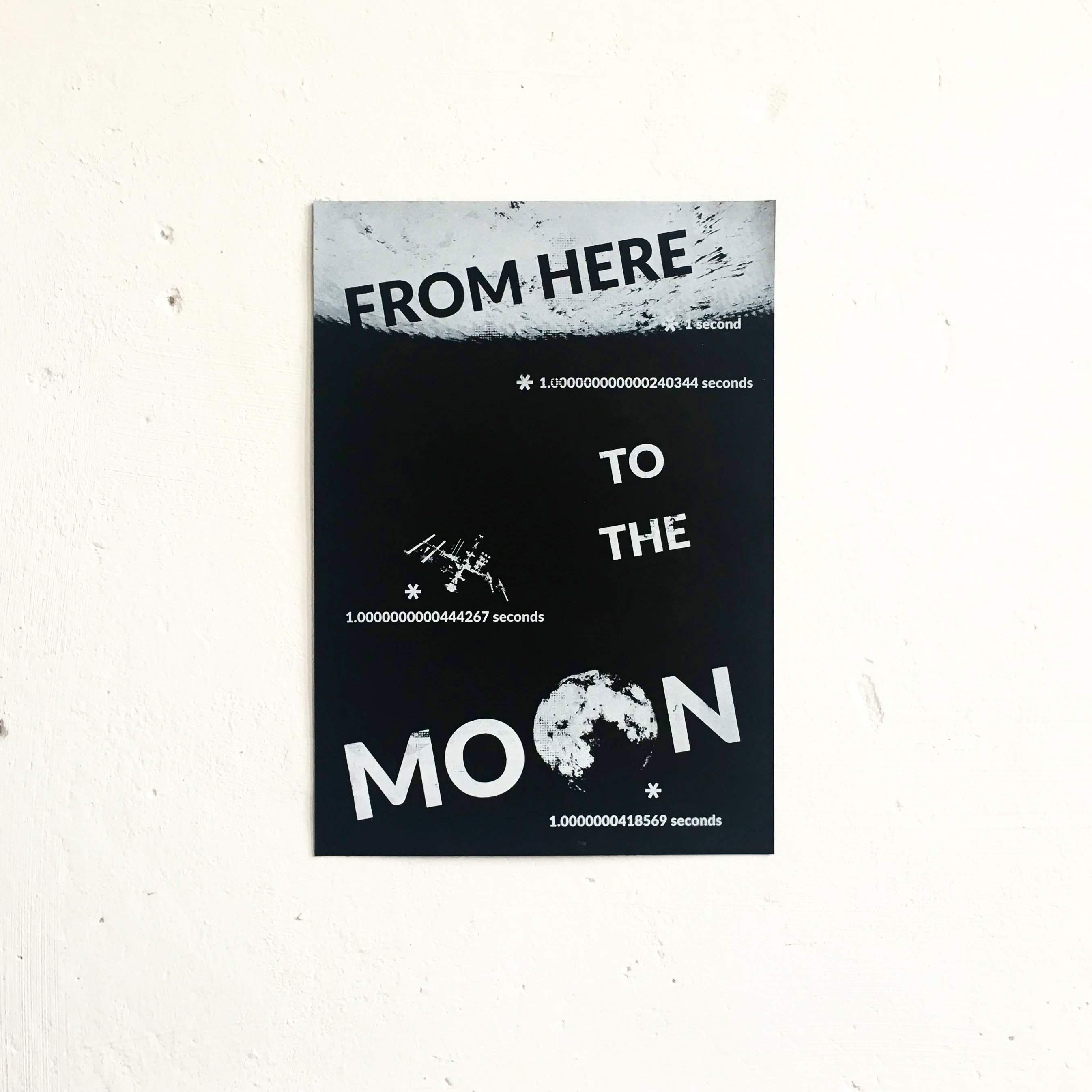