This work began by questioning why quantum gravity is so misrepresented to the interested public. Outside of the math very little is consistent. The writing is exclusionary and relies heavily on paradoxical thought experiments that are never quite fully explained. The diagrams are over simplified and do not make sense outside of their contexts. In some cases they are ripped from their contexts and used as illustrations in articles far from what they were originally meant to clarify. The imagery is confusing and misleading and typically does not add more to an understanding of the subject.

Given that quantum gravity is so important to the future of physics and could hold the answer to joining General Relativity with the Standard Model it is especially sad that it is so poorly represented.

Part II focuses on my work to remedy the situation. I show my physical experiments and discuss why they worked or didn’t and how people reacted to them. Part II is meant to act as a documentation of my experimentation in representing quantum gravity and therefore presents my successes and failures.

Given the highly conceptual and theoretical nature of quantum gravity it is reasonable to ask if a perfectly accurate depiction is even possible. I argue that it is the role of the designer that we try and continue to strive for clarity in how we represent physics to the interested public no matter how fuzzy the conclusions or concepts.


“If anybody says he can think about quantum theory without getting giddy, it merely shows that he hasn’t understood the first thing about it!” 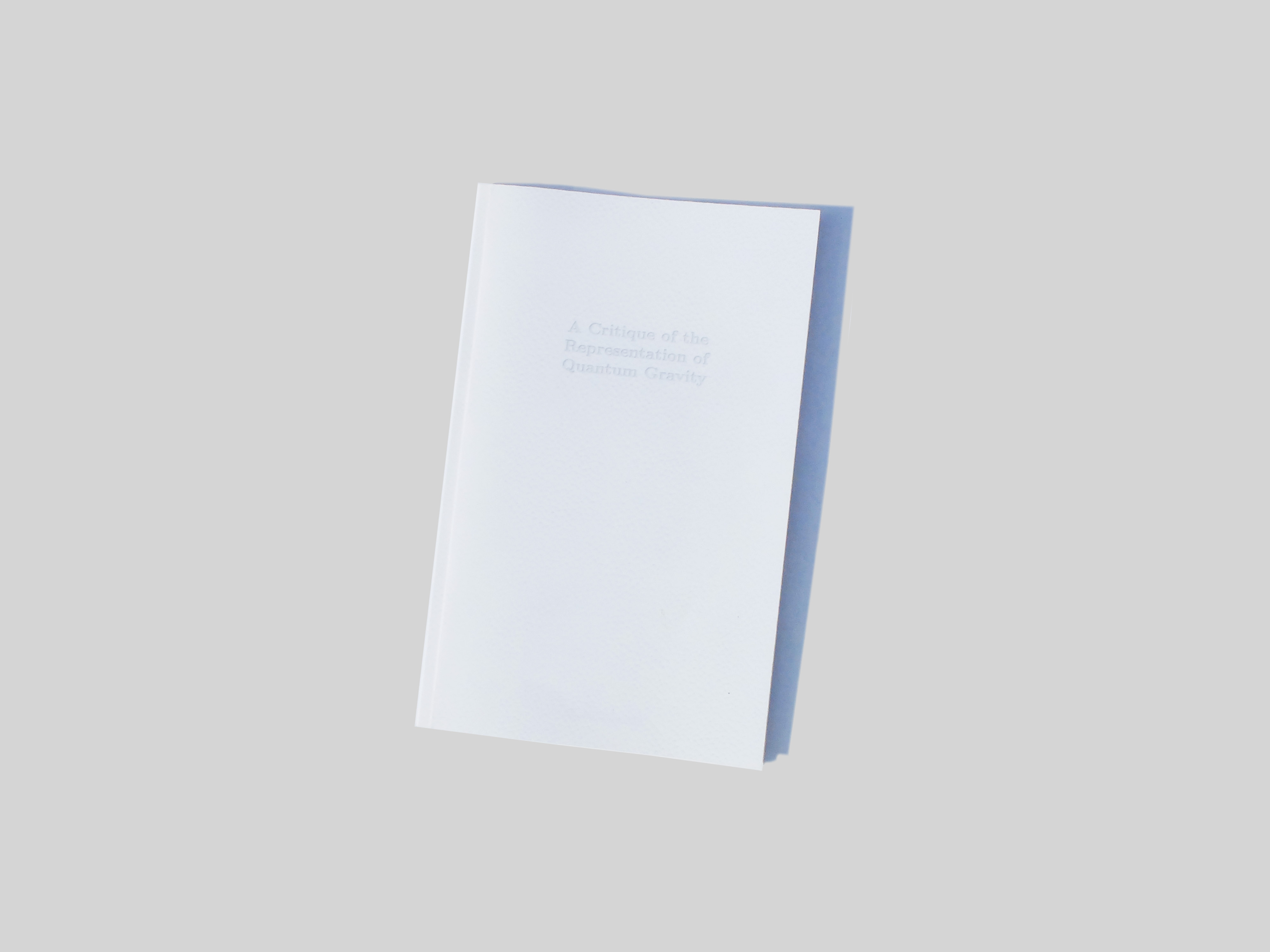 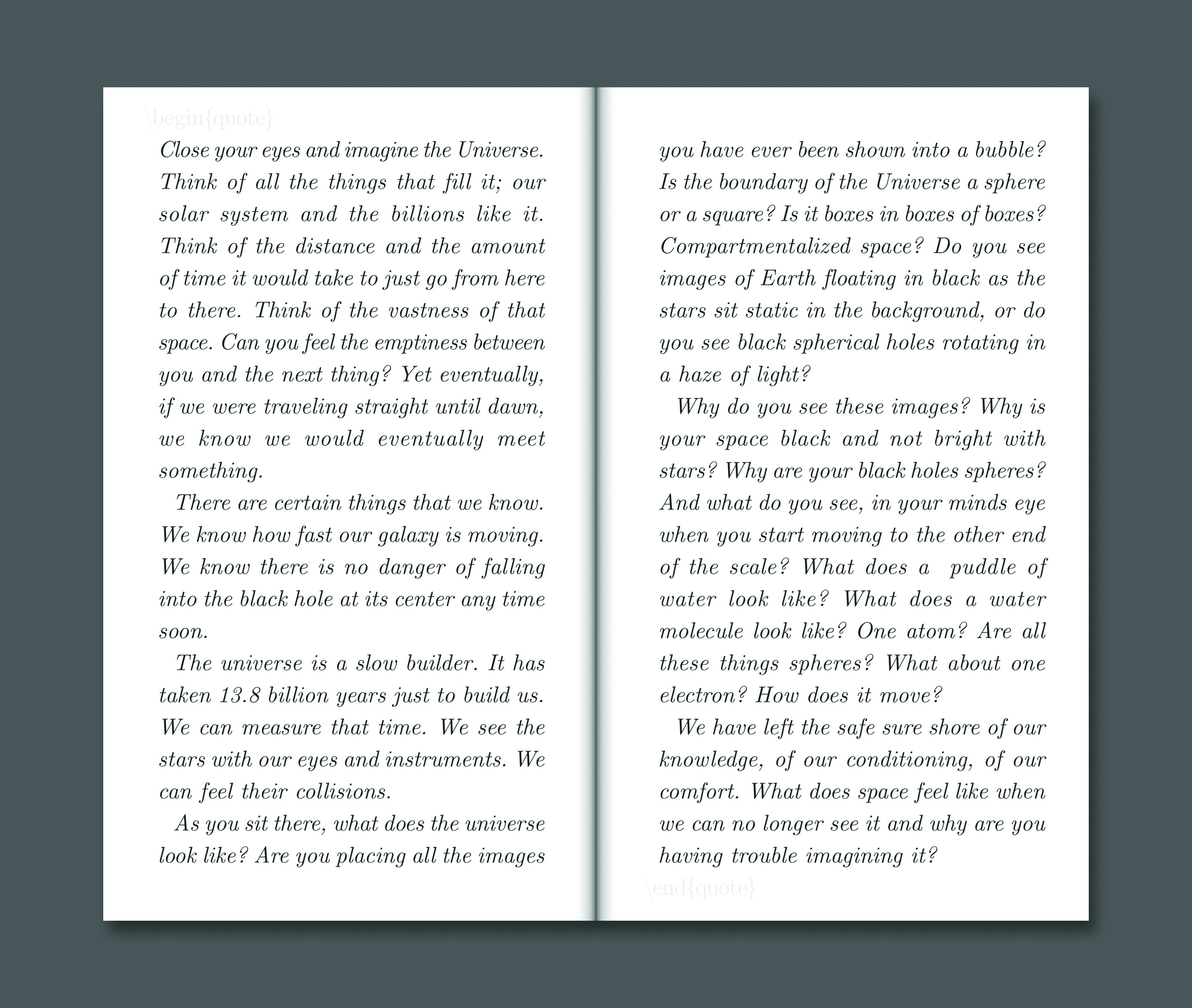 The opening text is supposed to set the tone of the project as a whole. 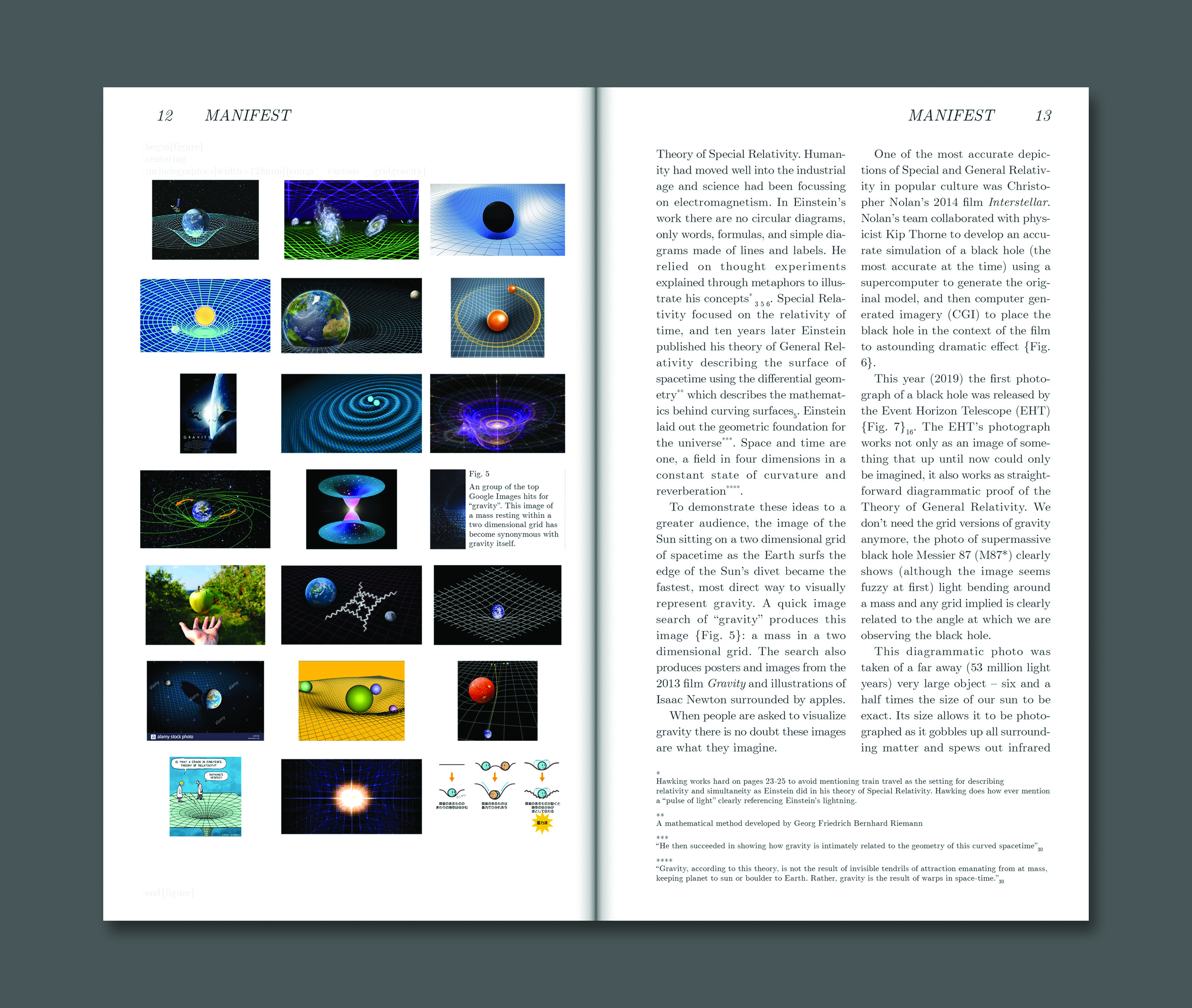 Before doing a deep dive on quantum gravity it was necessary to discuss the current representaion of Einstein's gravity, the gravity with which people are the most comfortable. 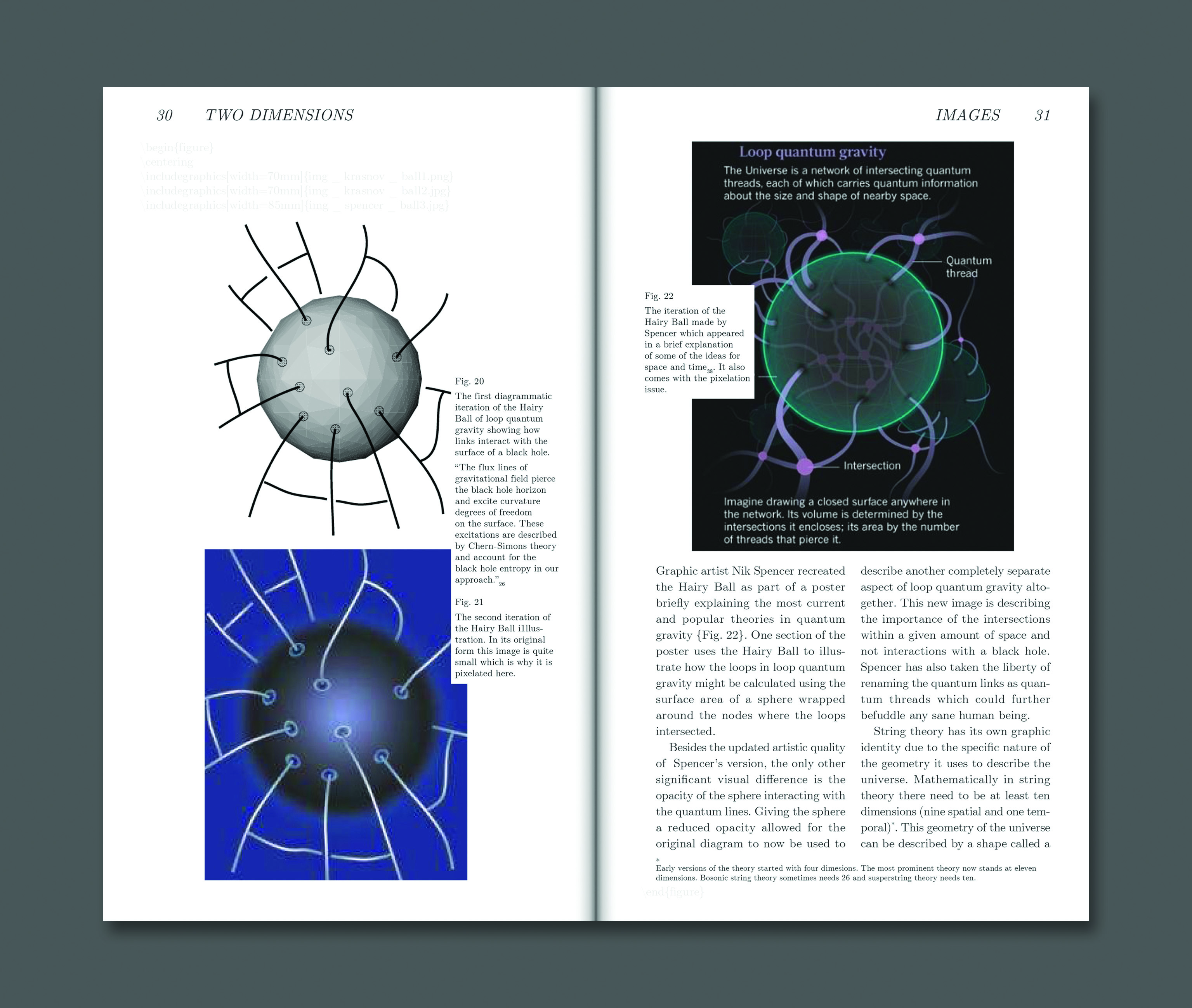 This section used a case study to trace the common journey of the imagery used in quantum gravity from its origins as a scientific diagram in a published article to a misinterpreted and over stylized version in popular science magazines used to describe the topic to the public. 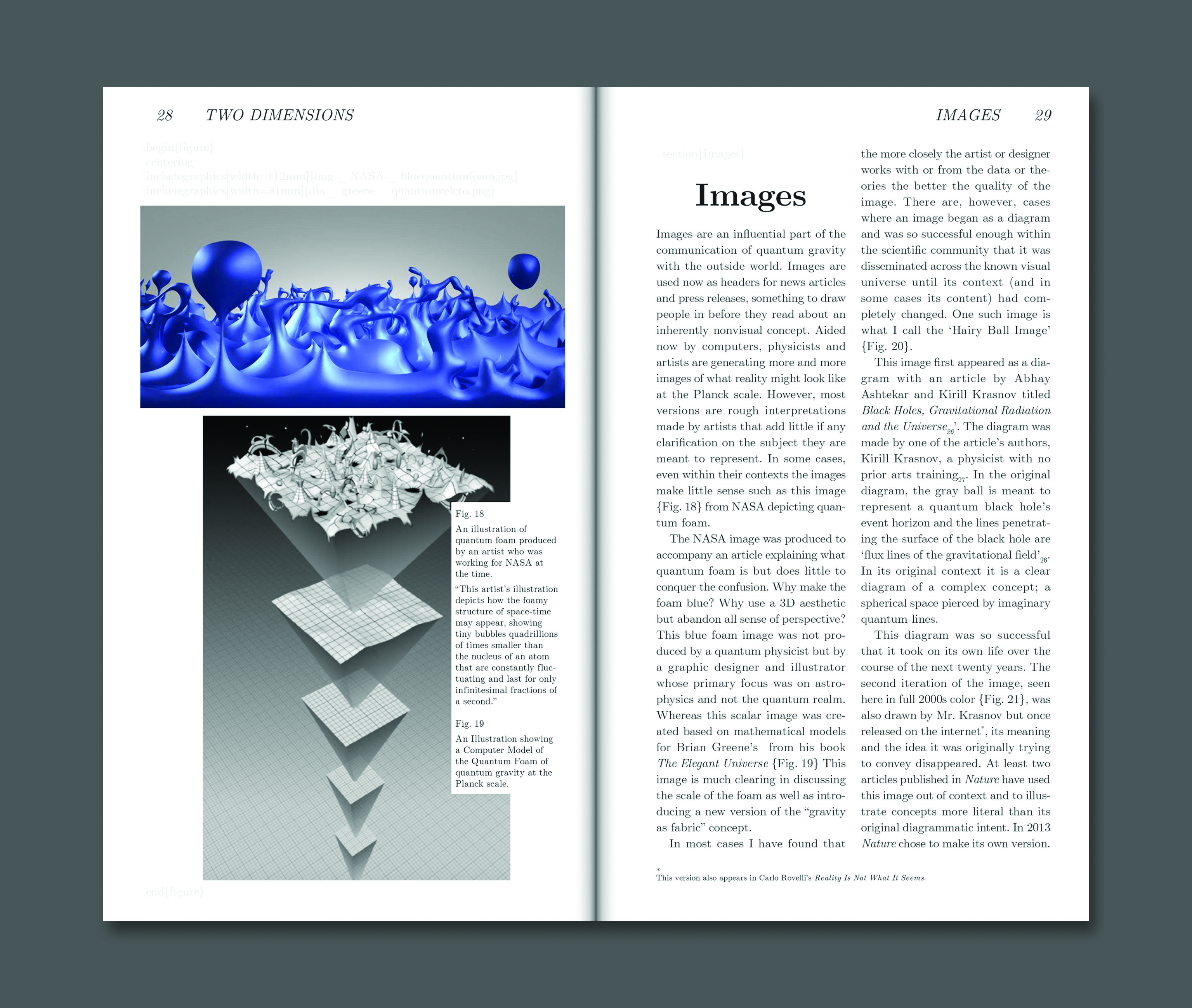 This section discusses the fact that the problems do not only exist in scientific journals but also in the materials NASA produces for public consumption. 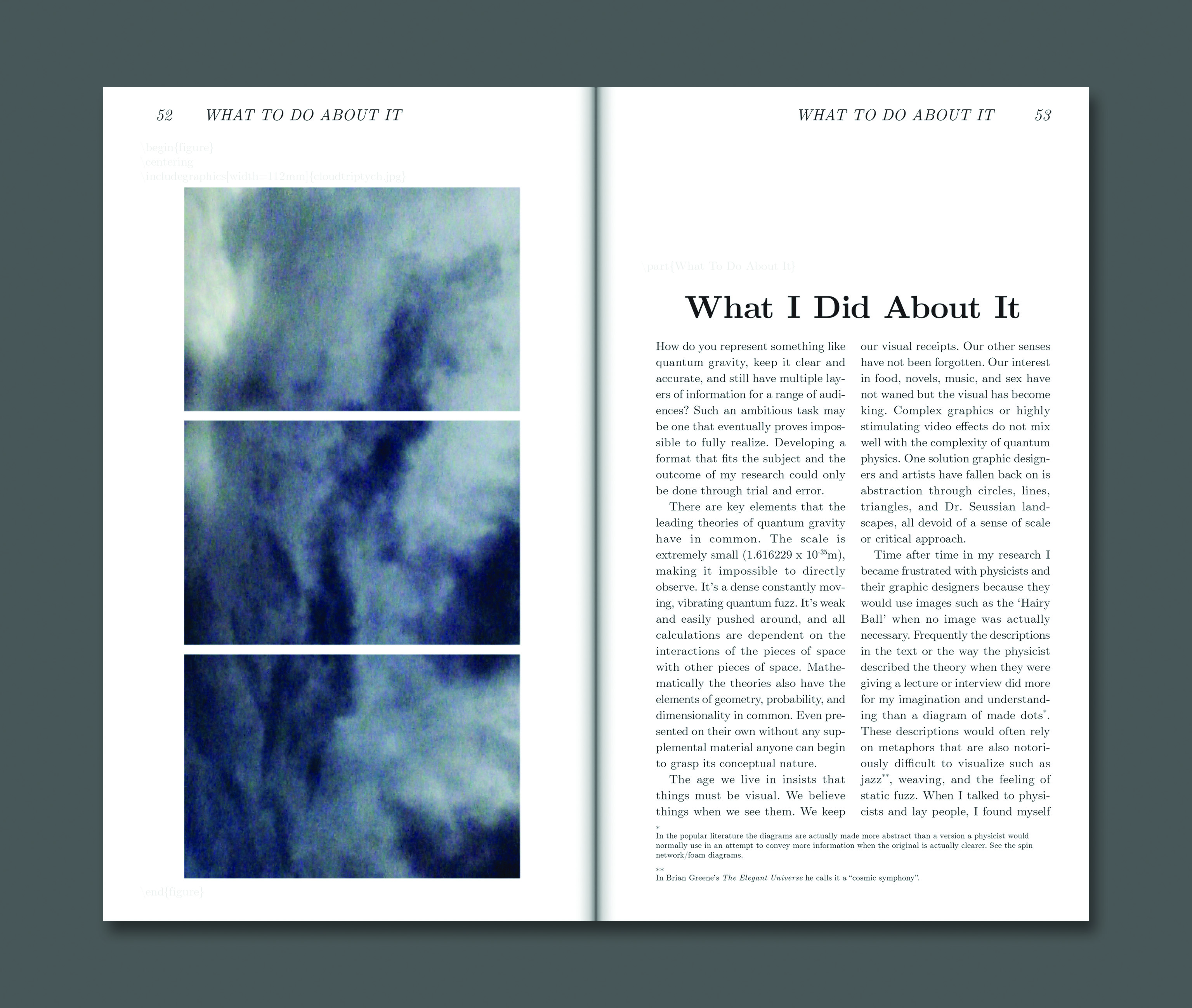 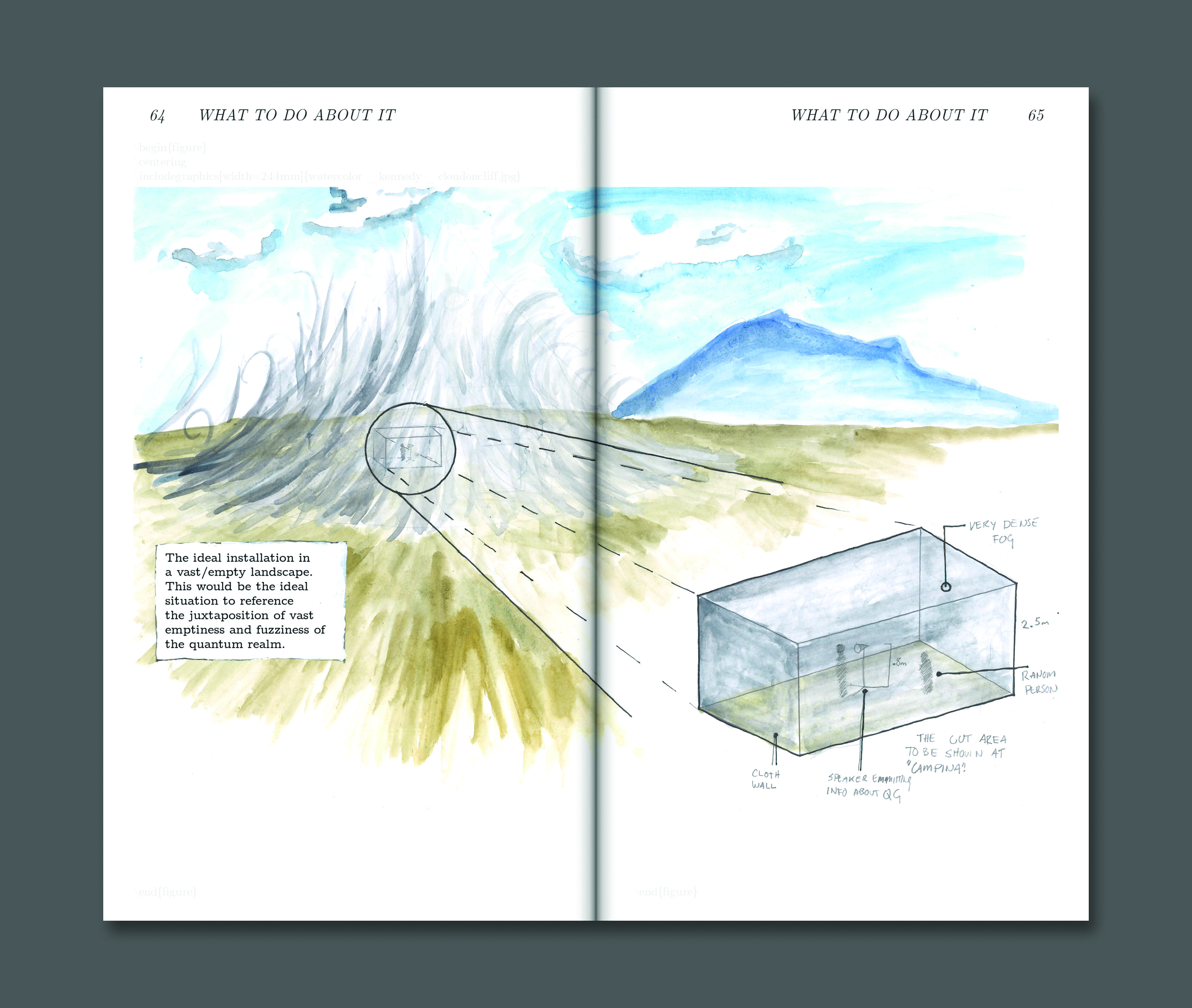 A process sketch included in the initial final proposal. If you can't bring the whole cloud why not just a part? 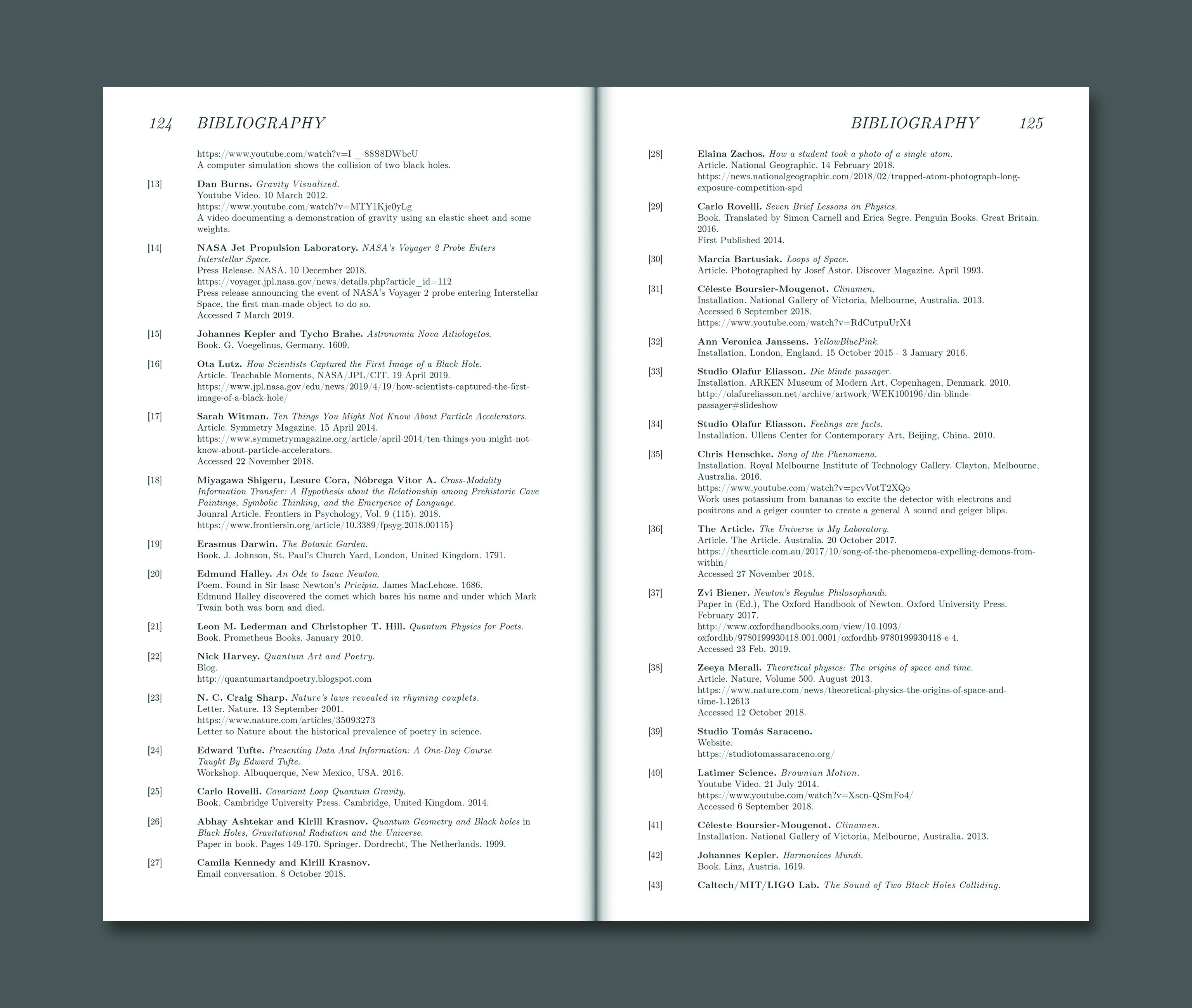 A spread taken from the bibliography. 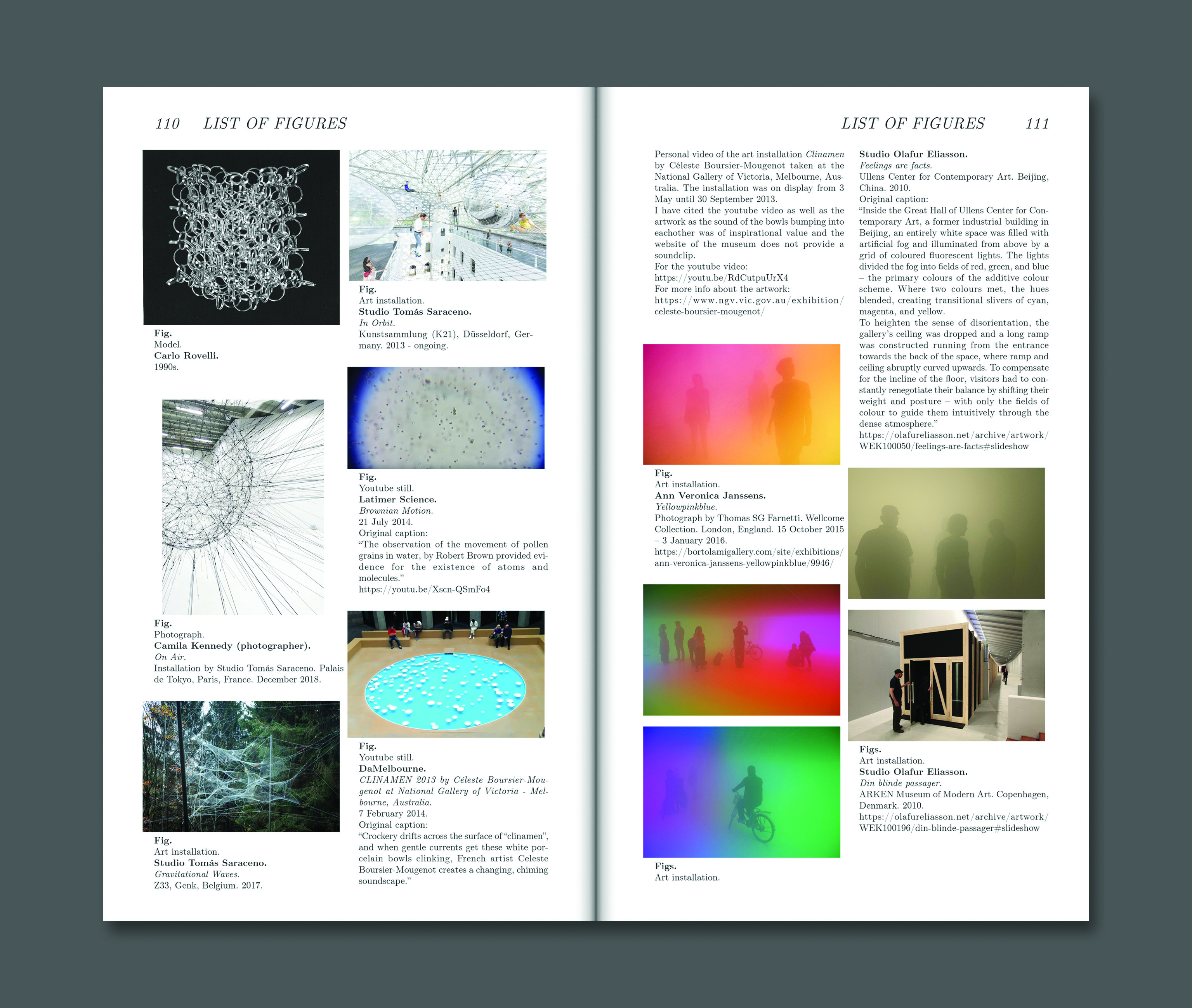 A spread taken from the visual index.